Leveling the RV/trailer in the parking lot 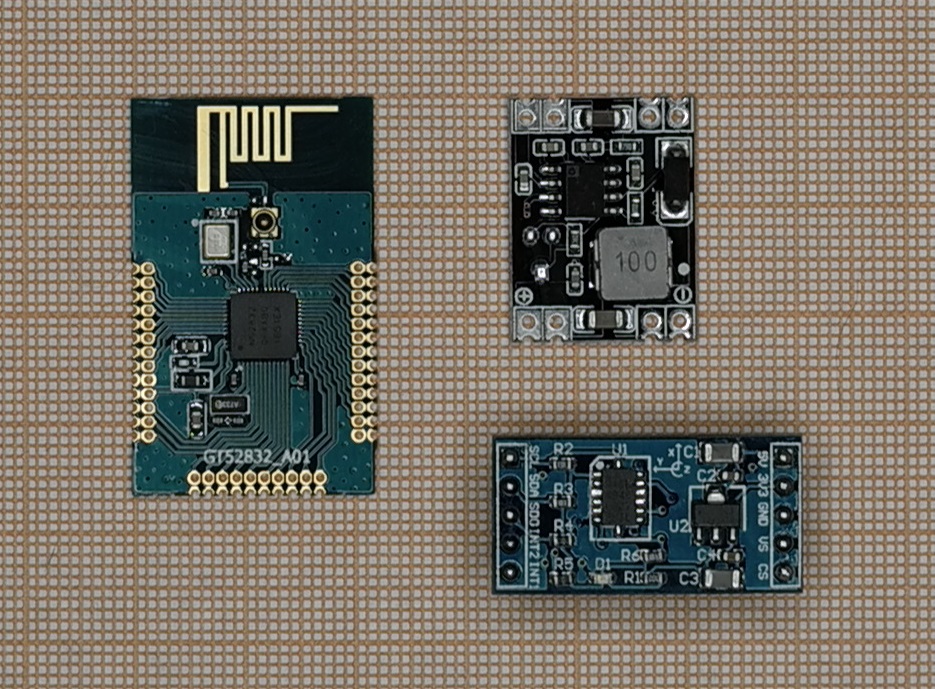 ADXL345 three-axis accelerometer was used for control the pitch and the roll of a camper (both motorhome or trailer). This sensor was connected to the Bluetooth controller that translates leveling data via the camper's single-board computer to any camper's crew gadget, for example, to a smartphone that can be placed face to driver while leveling.

The Bluetooth Nordic nRF52832 4.0 LE module was used in this case (the version with no block for an user firmware flashing). In one time this module controls the accelerometer and broadcast (advertise in therms of Bluetooth) measured parameters via Bluetooth. Looks like, but wasn't tested, the Bluetooth module with Nordic nRF52840 will work like here described too.

All settings were made via Windows PC (64 bit is preferred) with toolchain was installed on:

In Device Manager in "Ports (COM & LPT)" topic was found "Black Magic GDB Server" device (this name is in Windows 7, but in Windows 10 here will be two "USB Serial Device", between them the device with minor COM-port number is sought for), and it's COM-port number was noted. 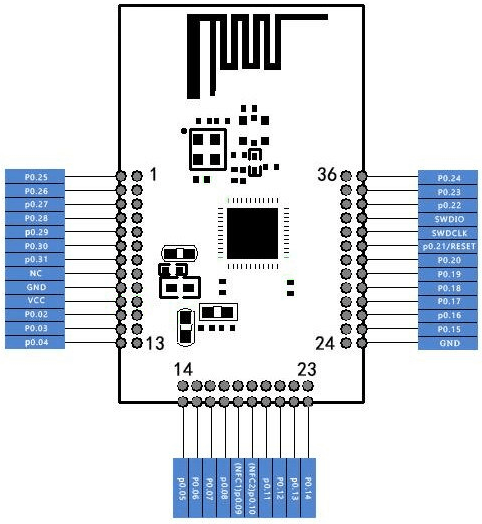 The Black Magic Probe programmer was connected to Bluetooth Nordic nRF52832 module with Test Hooks Clips for Logic Analyzers as this wiring diagram with only four wires:

Next steps were on the PC in order to flash Bluetooth Nordic nRF52832 module:

On the PC was opened the command-line terminal:

Then in the PC command-line terminal were entered one by one:

Note: here com4 is COM-port number of "Black Magic GDB Server" that was noted above. If number of COM-port more than 10, then \\.\COM1x is used instead of COMx.

Note: not only one version of a sensor with ADXL345 chip on market. Here was used version with pull-up resistors installed. 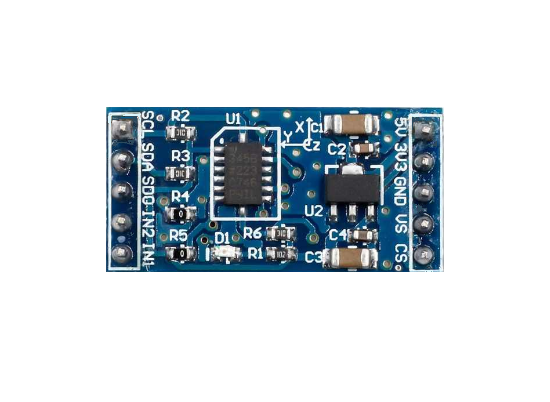 The Bluetooth Nordic nRF52832 module was soldered to ADXL345 sensor as this wiring diagram with only two wires:

All components were soldered together at the piece of prototype circuit panel (green colored about having metalized holes).

The 14-3.3V DC-DC converter was connected as this wiring diagram: 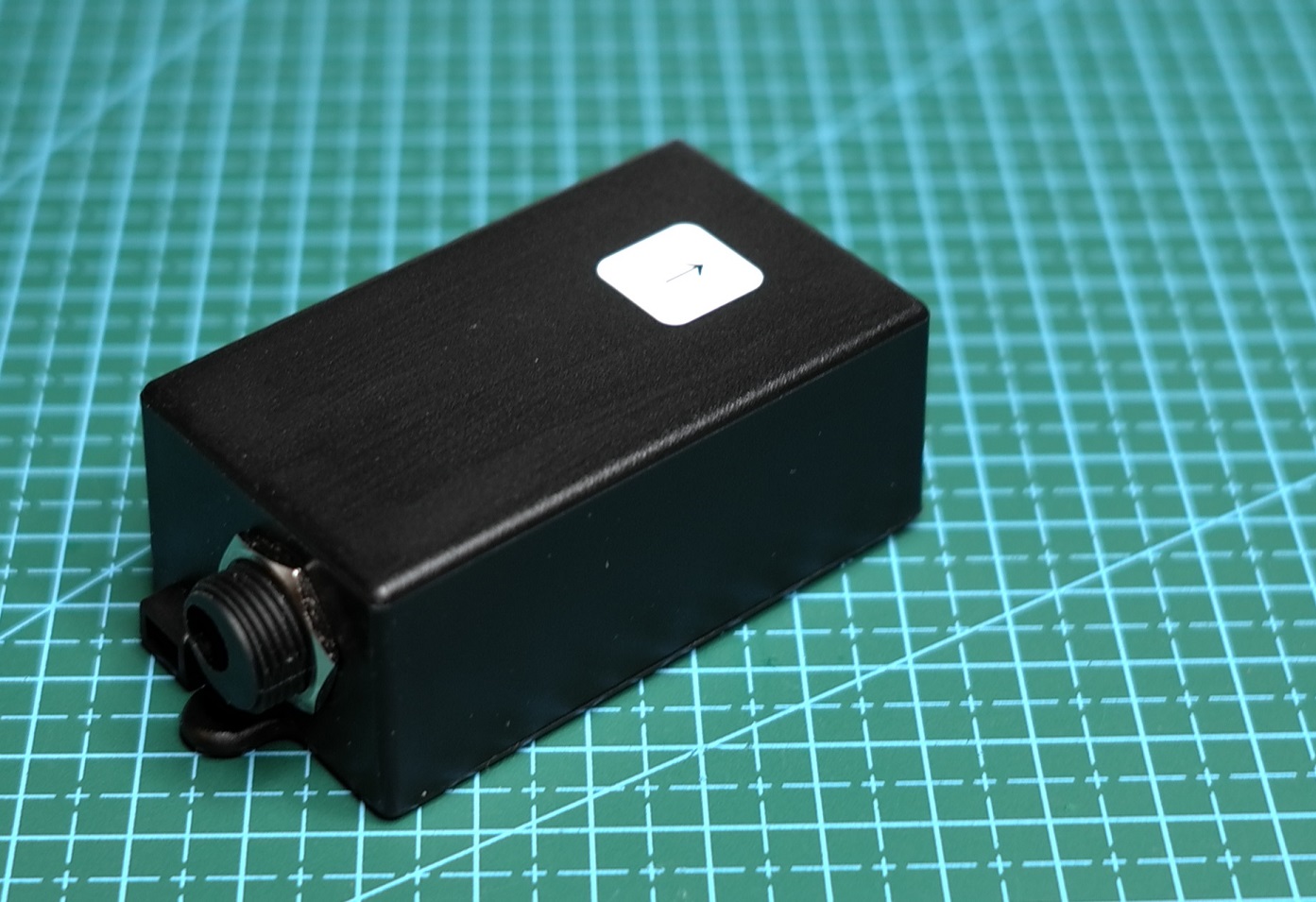 The assembled sensor was equipped with the suitable case and was installed in the camper. No need to align exactly the sensor in horizont, the error of alignment can be passed in script parameters as described bottom here.

The case of this sensor was with holes for mounting, for the power button and for free air convection.

The sensor was connected to the onboard 12V line. 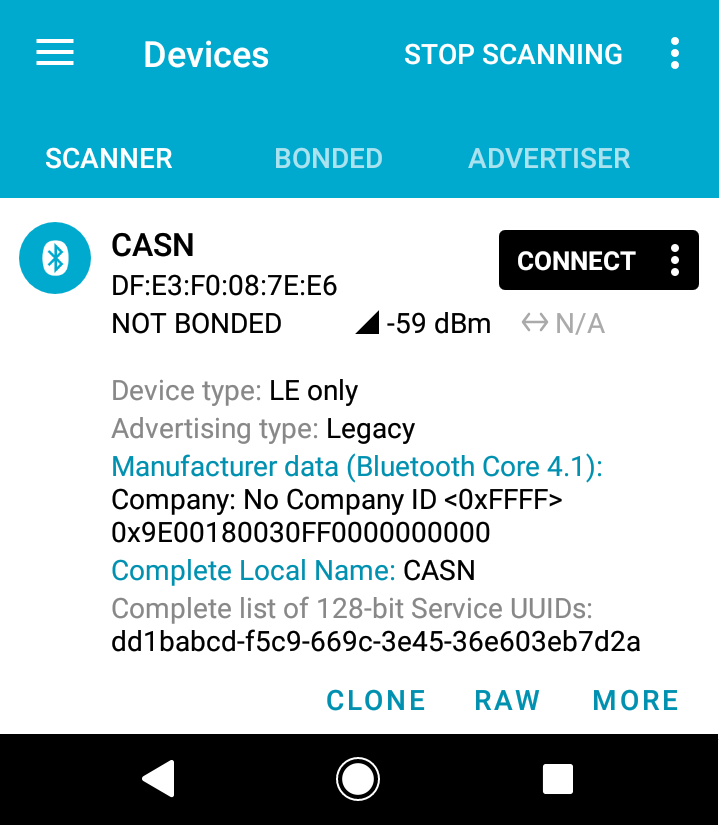 Once powered this sensor, the data broadcasts the Bluetooth Nordic nRF52832 can be examined with application nRF Connect for Mobile (Android/iOS).
Displayed 9E00180030FF is the data of ADXL345 sensor in hexadecimal RAW format at this moment. This data will change time to time.

In order to convert RAW-data of ADXL345 sensor to the altitude indicator for leveling process, this set of files must be placed (being unzipped) on any computer in the camper's network, but where Node.js was installed. Here was used the computer where MQTT broker and the 4.0 Bluetooth USB dongle was deployed. Need to note that this computer have static IP in the camper's network and tuned for not sleep, not hibernate. 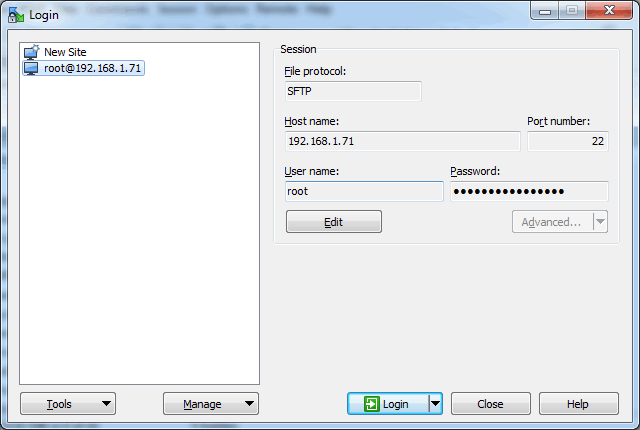 The easy way to install the script is to use WinSCP on PC. In some cases will need switch off the PC firewall while settings. In WinSCP, a connection was established to the single-board computer via SCP protocol by host name (IP), port 22, root username and password. 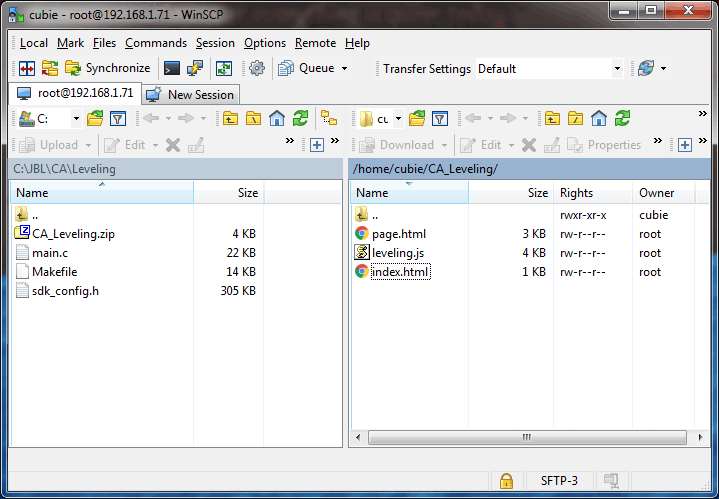 The set of files was copied via WinSCP to the /home/USERNAME/CA_Leveling folder (not to root folder).

Then in the PC was established connection to the single-board computer via PuTTY by host name (IP 192.168.1.71), port 22, root username and password. Next commands were entered, where

- /home/USERNAME/CA_Leveling is folder where the set of files was copied;

- 3000 is the port number of http server where ADXL345 measured parameters will broadcasts:

From this moment, on any computer (gadget) in the camper's network, within browser by address 192.168.1.71:3000 will shows the altitude indicator.

Instant digits of the roll and of the pitch are displays on the page colored as background color in order for not to distract the driver, but this data can be used for stocktaking the inaccurate position of the leveling sensor. 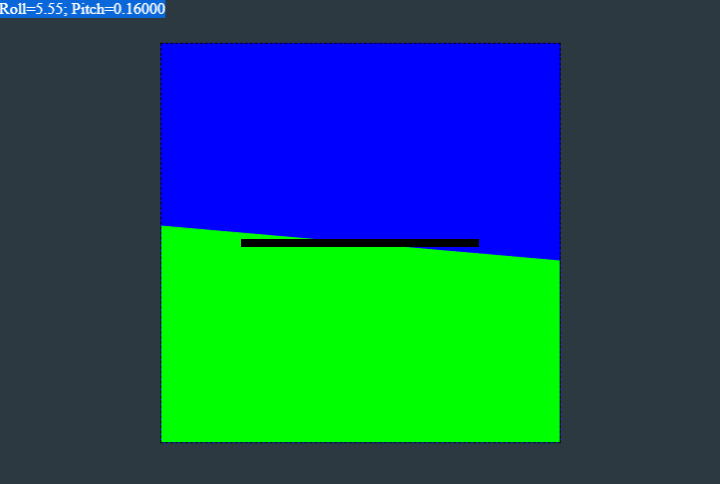 For collecting this data in Windows buffer is only need to press Ctrl+A any moment while the browser shows altitude indicator, and then press Ctrl+C. At this time the sensor must be installed in the camper and the camper must be leveled horizontally.

The parameters of the roll and of the pitch been achieved in horizontally leveled camper, can be passed in script parameters. Bottom listed commands were entered, where

- /home/USERNAME/CA_Leveling is folder where the set of files was copied;

- 5.55 0.16 is the Roll and the Pitch correction that was obtained as described above;

- 3000 is the port number of http server where ADXL345 measured parameters will broadcasts:

Thats all, once this computer been rebooted, the altitude indicator broadcasts to any gadget in the camper's network.

If the Bluetooth 4.0 BLE module/dongle will rebooted, then this computer need to reboot too.

A software you can load from this site is free for a non-commercial use except for components for which their owners declared their own rights. Can be limited by local laws.

No your data will be collected with a software you can load from this site.