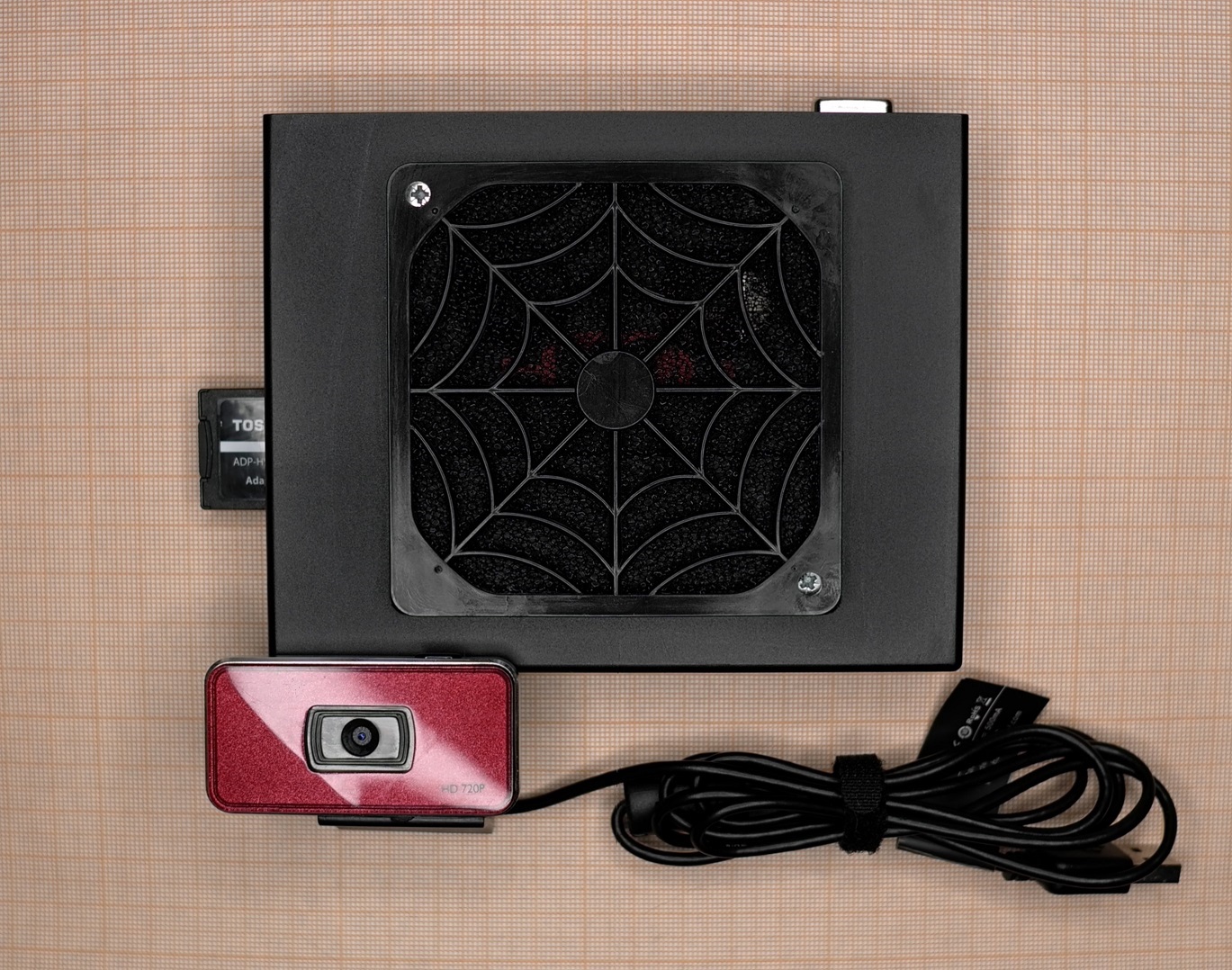 Main components:
- USB camera,
- any single-board computer, one of the Cubietruck clones in this case,
- the camper's NAS,
- the camper’s router.

But it still works and this case is described here.

Theoretically, it is possible to control more than one USB cameras on one single-board computer, but not each processor of this computers can do this normal.

In this case, one Cubietruck clone was used with Armbian OS (Ubuntu version), flashed to a 4GB SD card with Etcher.
The Cubietruck processor was with a good cooling solution.

The USB camera was not connected to Cubietruck at the beginning of setup. All settings were made via Windows PC. In some cases will need switch off the PC firewall while settings.

Then was changed the hostname of Cubietruck:

In the opened file "cubieboard" was changed to "CA-Host1". Then:

In the opened file "cubieboard" also was changed to "CA-Host1". Then:

Cubietruck has been rebooted. There was a root login after a while.

This commands were entered from PC via PuTTY terminal for a long life of the SD card:

Then cmake was installed:

was changed to string:

that is, the substring "/opt/cmake/bin:" was added for the PATH environment variable. Then the commands were entered:

After rebooting and logging in to root, the MJPG-Streamer and FFmpeg packages were installed:

It was then authorized as the root user for the camper's NAS via PuTTY over the NAS IP at 22 port. And the commands were entered:

In the open file, the full path of access to the camper's NAS shared folder (in this case, CA-NAS-shfld) from any NFS client within camper’s network found. In this case, it was /export/CA-NAS-shfld.

In the camper's NAS shared folder, it was necessary to make a folder to archive video from the USB camera. Here the camera/folder name was inner_cam_01:

Then the size of the folder for video archive from the USB-camera to 10000 MB was limited. To do this, the crontab file was opened and added to its end:

# in this case, "Joe's Own Editor" was opened

Then in the Cubietruck using PuTTY was prepared by mounting the NAS folder for archive video from a USB camera:

/export/CA-NAS-shfld/inner_cam_01 is the camper's NAS shared folder for USB camera video archive, which is described here above.

Then all connected USB cameras were listed:

The USB camera was then connected to Cubietruck. Once again, all connected USB devices were listed:

One new line that appeared in the second list was the alias of the wired USB camera. In this case it was /dev/video0.

Then the parameters of the USB camera were determined:

These camera parameters should be noted:

These settings are best used and do not make any other changes to minimize CPU usage.

Then the follows commands were made. Since crontab was first launched in Cubietruck, the issue of editor selection was raised. Nano was selected:

Then there was added to the end of the open file:

The streaming archive from the USB camera will be stored on the camper's NAS in the CA-NAS-shfld/inner_cam_01 shared folder, fragmented into files lasting 2 min each.

The other variant for archive a video from the USB camera is listen http of Cubietruck on the camper's NAS side by ffmpeg like ordinary IP-camera (but with http protocol). But a static IP is need for this for Cubietruck (CA-Host1). What the method is best - is philosophy.

A software you can load from this site is free for a non-commercial use except for components for which their owners declared their own rights. Can be limited by local laws.

No your data will be collected with a software you can load from this site.